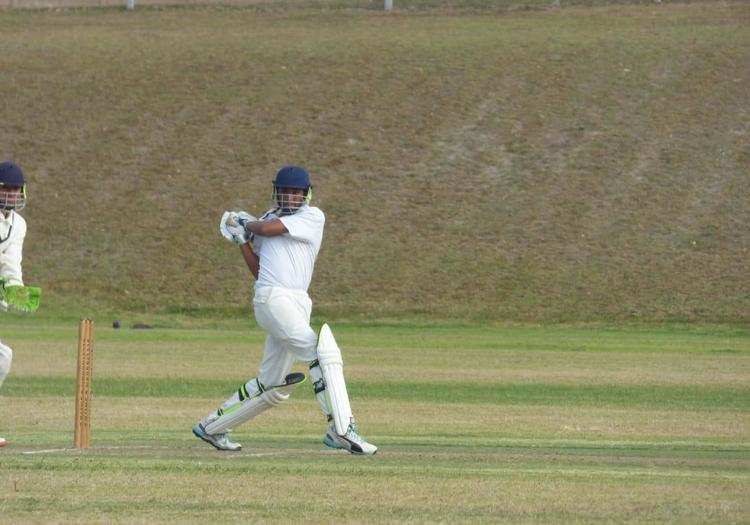 Alexander Road High School played host to Victoria Park High School in two cricket matches on Saturday. Batting first, VP’s under 14A side were bowled out for 80 runs in 22.1 overs. The Alex opening bowlers kept the VP batsmen guessing in a tidy opening spell. Alex’s Wayvin Meyer was the first to strike with two early wickets (2/8 in 4 overs) that left VP under pressure on 23 for 3. VP’s captain, Dylan Hamilton, and Deacon Cunning steadied the ship, sharing in a 4th wicket stand of 47 runs. There was very little resistance left as Alex’s young spinner, Devander Felix, was introduced into the attack. Felix, going for 12 runs in his first over, struck back to claim five wickets for fifteen runs in four overs, all of them clean bowled. In their reply, Alex’s Calvin Botha secured the victory with an unbeaten thirty runs (6x4’s) as Alex won by 7 wickets.

VP’s first team batsmen were in good form as they posted 224 for five in 50 overs. Reuben Wildman impressed with a solid 69 runs (5x4’s). He was well supported by Russel Peterson, who scored 31 runs as the two VP batsmen amassed 106 runs in a second wicket partnership. Luke Hufkey was the best of the Alex bowlers, ending with a tidy spell of 3 wickets for 38 runs in 10 overs. Wickets fell at regular intervals in Alex’s reply as they were bowled out for 79 runs. VP 1st team won the match by 145 runs.