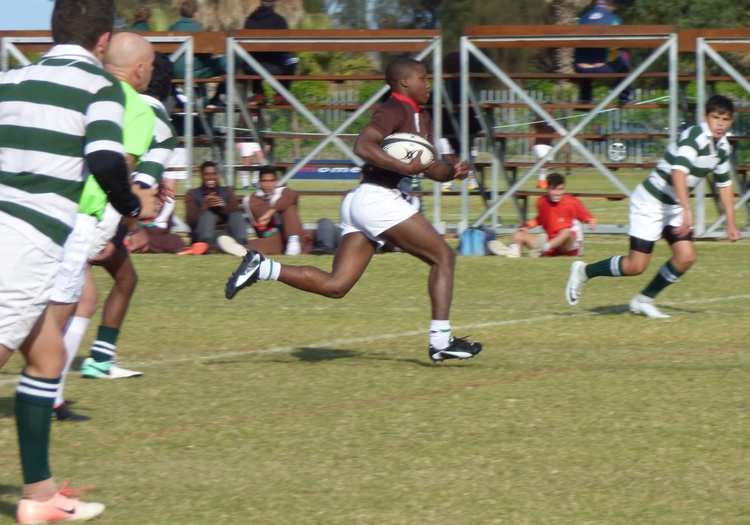 This weekend saw an exciting set of matches between Alexander Road High School and Victoria Park High School in their annual winter derby.

The Alex hockey sides enjoyed unbeaten results in their hockey derby against VP on Friday and Saturday. The girls’ 1st team continued their good run of form this season, recording a sound 2 – 0 win in their match at NMU on Saturday morning. The boys’ 1st team match ended in a 2 – 2 draw, while the under 16 boys recorded a solid 3 -2 victory. The Alex under 14A side managed to record their first win of the season with a neat performance. Their match against VP ended 4 – 2 in favour of Alex. The girls’ under 14A match ended in a 1 – 1 draw, while Terrin Douw scored a hatrick to help the Alex under 16B side to a 5 – 0 win. In other results, the Alex girls’ under 16A won 2 – 0, while the under 14B played to a 0 – 0 draw.

In the 2nd team girls’ soccer match on Friday, Alex made their mark in a close 1 – 0 win over VP. The Alex team showed a lot of enterprise and created early opportunities in the VP penalty area. They were awarded a free kick 17 minutes into the first half and it was Keisha Miles who netted the only goal of the match to give Alex a well-deserved victory. The second half was very exciting, with both sides pushing forward. VP also had a few good chances but the Alex goalkeeper, Meghan Joseph kept her side in the game with some tidy saves. The 1st team match was an even affair. Although both sides played some flowing football, they failed to put the ball in the back of the net. The match ended in a 0 – 0 draw.

In the boys’ matches, VP made a clean sweep of the results. In the 1st team match, both sides played some solid football. The VP side created many chances, however, some tight Alex defending kept them at bay. The match ended 1 – 0 in favour of VP. They were also victorious in the under 14A, beating Alex by 4 goals to 1; they beat Alex under 15 side by 3 – 0, while the under 16A side narrowly beat Alex 2 – 1.

In the rugby matches, the Alex junior sides once again dominated the results. The Alex under 14A recorded a 29 – 22 win over VP under 14A. The VP under 15A side concluded an entertaining match as well deserved winners. Both teams displayed some good running rugby. It was VP who secured a 17 – 12 win in this match. In the under 16 match, Alex came back from 16 – 0 at half time to score 19 unanswered points in the second half to win their match. Alex lost to VP in the 2nd team rugby match by 19 points to 24. Alex 1st team were made to defend for most of their match, while VP threw the ball around, stretching Alex to round off the derby day feature match with a 29 – 13 victory.

For more photos go to our Facebook sports page.